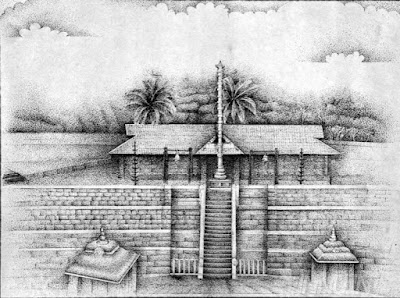 A very fresh or strong socio legal issue is the case of SABRIMALA TEMPLE. A Socio-legal study is an interdisciplinary approach to analyse the law, legal phenomenon, and relationships between these and wider society. Both theoretical and empirical work is included, and perspectives and methodologies are drawn from the humanities as well as the social sciences.


India being a democratic and secular country has the several including right to equality, right to practise all religion and to worship all temples, right to equality and is also against untouchability. These are fundamental rights mentioned under Article (14&15), Article (25) and Article (17) of constitution.


But these are not seen these days. Mentioning the fresh example of the recent case happened in “Sabrimala Temple” which is in Kerala, where women were not allowed to enter sabrimala case to worship lord ayyapa as they are in menstrual period and are considered as impure. There have been various conflicts that has violated these rights. Because there are various articles under constitution that were violated due to this.


Background of the case


Sabrimala temple an old Hindu temple situated in periyar tiger reserve in the western ghat mountain ranges of panthanamthitta district, Kerala, India. The sabrimala temple, considered the abode of lord Ayyapa, who is believed to be a bramhacharya.Around 30 million devotees from all across the world come to visit this temple and to worship lord ayyapa. This temple is dedicated to Lord Ayappa who is said to be a celibate.


Here, in this temple the women aged between 10-50 were not allowed to enter because they in menstruating period and according to them are considered as impure. Some women being just 500m were also bullied, torchered and were told to back off and to go back to their home as it is against there will to let women enter in temple.


In 1991, S. Mahendran started a petition saying that women are visiting temple which should not happen and PIL was filed as a result of which verdict came out with justice K. Paripoornaand K. manar that banned the entry of women of temple which was against article 14&15 and article 25 of constitution.

Facts of the case:


Again, in year 2006, Indian young lawyer associations PIL was filed in the court challenging the sabrimala custom of excluding women and also against the ban in SC on the ground that it violates the right mentioned under A.25, A.14,15. In 2007 November LDF govt. supported this PIL and questioned on ban of women’s entry in sabrimala temple. On January 11,2016 two judge bench of SC question practice banning entry of women at the temple. On April 21 HinduNavotthan Pratisthan files plea in SC supporting the ban on women’s entry. On nov.7 LDF Govt. files a plea supporting the question raised for then ban on women’s entry. LDF filed a fresh affidavit in SC saying that they support the entry of women in temple. On Nov.7,2016 LDF tells the top court that they favour the entry of women in sabrimala temple. On Oct.13,2017 case referred to SC constitution bench. On Oct.27 plea filed to hear the case. From July 24, five judge constitution bench started hearing the case.


From January onwards, temple authorities made it mandatory for the women to show their age proof while visiting temple. As a result, numbers of women were banned from entering the temple. On July 24,2018 SC made it clear that ban of women would be tested on “constitutional ethos”. On July 26,2018 royal family challenged the petition, terming it mischievous on ground of Hindu faith. Lawyer appeared on their behalf and mentioned that lord ayappa is a celibate and therefore women of the menstruating group should not be allowed.


Finally, after hearing both the side, on sept.28,2018 SC removed the ban and allowed the entry of women in sabrimala temple.

In this landmark judgement, 5 judge constitution bench was set up to look for this issue, and with 4-1 verdict it was mentioned that temple has violated women’s right to equality and right to worship all religion and to practise all religion. One of the Women judgeamong the 5 judge came up with a single note that “we have no hesitation in saying that such practise violates the right of women to visit temple and to freely worship their god”. The other judge termed this practice in the form of “Untouchability” which is mentioned in article 17 of constitution that there shall be no discrimination on ground of untouchability, and there is violation of such right.


The SC in their verdict mentioned that there is violation of A.14, A.17, A.25, A.17 of constitution. And in verdict it was said that Article 25 of the constitution is applicable to both men and women equally.


Hence, on 28th of September the landmark judgement came and their it was mentioned that women were discriminated on the ground of gender. Since menstrual cycle is a part of women’s life so it has to be accepted widely by everyone. So, there shall be no ban on women from entering sabrimala temple and can enter sabrimala temple without any problem or protest and there shall be no such ban on it. Temple authorities will have no power to stop any women from entering sabrimala temple. And if there will be any protest on women after the judgement action will be taken. Police are also sent near the temple to look for the same.


1.      The judgment made was appropriate because as per article 14,15 every person has equal rights in India weather it is a woman or a man. There shall be no discrimination on the ground of sex or caste.Also, according to article 25 everyone has the right to practise all religion and worship all god acc. To their choice and no one shall be stopped from doing that.


2.      The decision also conforms with the existing law as according to existing law there shall be no discrimination, women must have equal rights as that of man.Man and woman are meant equal in the country today. No one can be discriminated on the ground of sex. According to article 14,15,25 everyone has equal right and equal opportunity to worship god freely. No gender or no caste can interrupt these laws. The reasoning was not consistent with the previous reasoning in similar case.As in 1991, the ban was enacted on women from entering temple on the ground of gender and was said that women cannot enter temple in menstrual period as they are impure


3.      The court justified the reasoning properly that people have no right to identify who is wrong and who is right. There shall be no discrimination between men and women or pure or impure for worshipping any god. Menstrual period is a part of women’s life and shall be accepted widely by everyone. By this decision it was mentioned that equal rights and opportunity exist and this reason that were stated were actually logical since there shall be no discrimination.


4.      The judgement was right and was accepted by almost everyone. Because this judgement gave women their right. Everyone wants change in this country which has started. This is just a beginning and there is long way to go.


In the present case i.e., Indian young lawyers Ass. & ors. Vs state Kerala & ors.the supreme court laid down the definition of right to equality, right to practise all religion freely and religious denomination where the approach of the court was very clear as what should be considered or what should not be.


A citizen can exercise right to live and right to practise any religion without any harm, but before that it is necessary to understand what religion is and what is not claim one’s right under fundamental right. And as a result, the decision that came out was according to the rights of person and according to the existing laws. Hoping that this will be accepted by almost everyone in this country.

Disclaimer
View Expressed are writers' work The topic discussed here is a brief of the subject matter and should not be substituted as proper legal advice. If a matter comes up under this topic then it is strictly advisable to consult a professional for advice and for the procedure and practice to be followed.