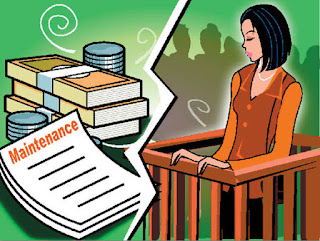 
Often, we have seen that the marriages which have been solemnized, at a later stage are broken up due to soured relations. In these instances, the wife and children may become dependent on the Husband after separation, because of their inability to generate enough financial resources. The concept of maintenance takes center stage at this point. Maintenance can be likened to an amount paid by the husband to his wife, which allows the wife or dependent children to fulfill their basic requirements. Maintenance has since a long period of time been recognized in India. Since long according to the tradition of the country, maintenance has been termed as the spiritual duty of the husband to maintain the wife, under the Hindu law. Some people have questioned the process of providing maintenance though as well. They have compared it to the payment of charity to the wife by the husband, but this is further from the truth and in no sense can maintenance be viewed as charity.

In India there are specific legal frameworks that have been put in place to protect the provisions of basic necessities to the dependents post-separation in the marriage. In the case of Hindus, the same is contained in the Hindu Marriage Act, 1955 and also to a certain extent in the Hindu adoption and maintenance Act, 1956.

The main provision to be viewed to understand the provisions of maintenance in the Hindu Marriage Act is Section 24. Section 24 allows the grant of maintenance to the wife, so that she may be able to receive financial assistance and thereby enabling her maintenance during the pendency of proceedings between the parties. In certain instances, it is not just the husband who is required to provide maintenance. On the basis of the financial situation between both the parties, the Wife may also be required to provide financial assistance to the husband in the form of maintenance. The main purpose of the provision in Section 24 therefore, is to provide financial assistance for the party unable to maintain themselves during proceedings. Thereby, it is impliedly necessary that the applications for accessing this right is processed as swiftly and efficiently as possible. Yet, it is hereby essential to note that if the main case itself is dismissed then the court cannot use the provisions in section 24 for granting relief by any applications filed by the parties.

The main provost behind the provision of maintenance is to allow one of the spouses to maintain their standard of living equivalent to the other when the proceedings are pending, and also in accordance to the standard which was there before the separation. Maintenance ceases when the alimony holder is deceased or remarries.
Factors for determining maintenance

There are various factors on the basis of which the maintenance is determined. These are:

This is one of the key factors which the court looks at before granting the maintenance or alimony. Here the dependability of the spouse to the husband or wife is checked, as well as there being the ability to have income separate from that which the spouse is possessing.

A competent court after analyzing the factors as mentioned above grants the maintenance on the following basis:

Also referred to as the maintenance pendente lite, it is awarded by the courts during the continuation of the proceedings related to divorce. The main reason for providing this type of maintenance is to meet the necessary and immediate expenses of the spouse, who is of course, one of the parties of the proceeding. The maintenance under this form is explicitly dealt with by Section 24 of the Hindu Marriage Act.

This kind of maintenance is provided periodically or on a continued basis. His is complacently done after the disposal of the proceedings. This is dealt with by Section 25 of the Hindu Marriage Act, 1955 and either of the spouses is entitled to claim maintenance under this section.


A section magistrate of the first class has also been provided with the power to provide a monthly allowance to one of the parties or dependents. These can be:

If in a case the wife has agreed and is living separately without sufficient reasons and, or, is living in an adulterous relationship with some other individual or when they have separated through mutual consent, then the wife is not entitled to receive any allowance.

In brief, we have discussed the requirements, factors, and provisions of maintenance in the legal framework in India pertaining to marriages and the dependent parties in the process of proceedings for separation.

Disclaimer: The author doesn’t advertise or advocate the usage of this brief introductory article to the concept of marriage as a legal guide. The reader is advised to be aware of the same and is advised to approach a legal professional for learning the legal processes required for the proceedings related to divorce, or in availing maintenance from their spouses.