Divorce in a Muslim marriage 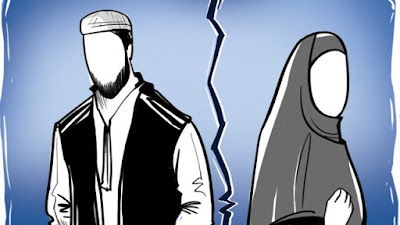 
Divorce is the legal dissolution of a marriage when the parties, on account of irreconcilable differences, decide to get separated rather than staying together. In Islam, Muslim personal laws (Shariat) regulate divorce. It can be initiated by either of two parties. Under Shariat, there are several forms of divorce, which shall be discussed in the following sections.


Forms of divorce in a Muslim Marriage


Primarily, the dissolution of Marriage in Muslim Law may be categorized into two parts –


Furthermore, the Divorce can be of two types-


The extra judicial divorce can be further subdivided into three types, namely-


Judicial divorceis the right of the wife to give divorce under the Dissolution of Muslim Marriages Act 1939. Section 2 of the Act enumerates the following grounds for a wife to divorce her husband -


1.      For four years or more, the whereabouts of the husband are unknown.


2.      The husband has failed to or neglected to provide maintenance for a period of two years or more.


3.      A sentence of imprisonment for the period of seven years or more has been given to the husband.


4.      The husband fails to perform, without any practical reasons, his marital obligations for a period of three years or more.


5.      At the time of the marriage, the husband was important and continues to be so.


6.      The husband has been suffering from leprosy, or virulent venereal diseases or has been insane for a period of two years.


9.      When any other ground as validly recognized, exists under the dissolution of marriages under Muslim law. These can include:


Faskh(Judicial annulment): It refers to the Power of a Qazi to annul a marriage on the application of the wife. In India, Section 2 of the Dissolution of Muslim Marriage Act, 1939, governs such judicial annulments.


Lian (mutual imprecation): If the husband levels false charges of unchastity or adultery against his wife then the wife can ask for divorce on this ground. 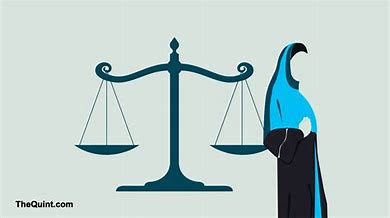 
It is peculiar because a Muslim Husband has unrestricted right to divorce without giving any reason. Muslim law does not require the existence of any fault or matrimonial offence as an excuse for divorce. It is applicable where it is impossible for the spouses to live together so they must separate peacefully. However, an indirect check upon this right is the obligation of the husband to pay the Mahr (dower) upon the dissolution of marriage.


Talaaq-i-Sunnatis considered to be in accordance with the dictates of the Prophet Mohammad. It is of two types: -


2.     Talaq Hasan-In this method, the husband is required to pronounce talaq three times during three successive tuhrs. If the wife has crossed the age of menstruation, the pronouncement of talaq may be made after the interval of a month or thirty days between the successive pronouncements. When the last pronouncement is made, the talaq becomes final and irrevocable. It is necessary that each of the three pronouncements should be made at a time when no intercourse has taken place during the period of tuhr.  The moment the Husband makes the third pronouncement the marriage stands dissolved irrevocably.


Talaaq-i- Biddat:It came into vogue during the second century of Islam. It has two forms: 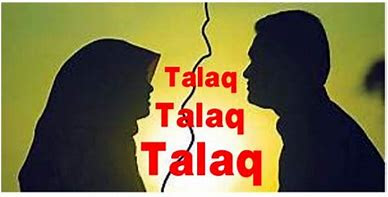 
Triple talaq is a customary practice prevalent among Muslims that dissolves a marriage when the husband utters the word 'talaq' thrice. 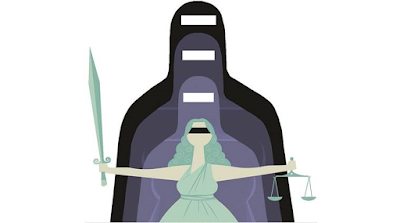 This custom is criticized for being unilateral and biased against women and is banned in 22 countries of the world. It has been challenged in the Supreme Court of India as well. Several women's rights groups have also spoken out against the practice and its ill effects. On the other hand, the Muslim Law Board has consistently said that Triple Talaq is a 'personal law' and thus, cannot be modified by the Central Government. The issue has given rise to a heated debate on the need for a Uniform Civil Code. The Supreme Court on 22nd August 2017,in Shayara Bano v. Union of Indiadeclared the practice of Triple Talaq is unconstitutional and stated that it was violative of Article 14 and 21 of the Indian Constitution.


Besides Talaq, a Muslim husband can repudiate his marriage through two other methods, that are, Ila and Zihar. They are called constructive divorce. In Ila, the husband takes an oath not to have sexual intercourse with his wife. Followed by this oath, there is no consummation for a period of four months. After the expiry of the fourth month, the marriage dissolves irrevocably. But if the husband resumes cohabitation within four months, Ila is cancelled and the marriage does not dissolve.


In this mode the husband compares his wife with a woman within his prohibited relationship e.g., mother or sister etc. After such a comparison, the husband does not cohabit with his wife for a period of four months. Upon the expiry of the said period,Zihar is complete.


Talaaq-i-Tafweez or delegated divorce is recognized among both, the Shias and the Sunnis. The Muslim husband is free to delegate his power of pronouncing divorce to his wife. This form of delegated divorce is usually stipulated in prenuptial agreements. The delegation must be made in clear terms and the circumstances.The husband cannot revoke the power so delegated.


Under Muslim Law, there are two forms of mutual consent divorce, namely:


Under Khula, if the mutual relationship between husband and wife is not good, the wife gives or agrees to give a consideration to the husband for her release from the marriage tie. Relieving the husband from paymentof Mahr to the wife is also a consideration. Khulamay be for any consideration—Mahr, Money, Property, etc. It entirely depends upon the husband to accept the consideration and to grant the divorce.A husband may similarly propose a Khula divorce. If she accepts, then it means that she has relinquished the right to get the Mahr.


Under Mubarat, both husband and wife are against the continuation of the marriage and want to separate.Either the husband or the wife can make the offer. The other must accept it.When accepted, it becomes irrevocable. In both, Shias and Sunnis, Mubarat is irrevocable.


Note:The article assesses and discusses the various aspects of divorce in Muslim marriages. The article doesn’t seek to replace legal advice from qualified professionals. For any queries or legal opinions help from licensed legal advisors should be taken.