Rules of Inheritance in Muslim Marriages


Student at Institute of Law, Nirma. 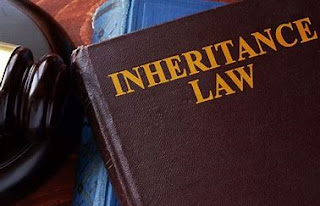 In general parlance, inheritance is the practice of passing a person’s property, rights & duties, debts, titles etc. when he dies. However, in terms of law, inheritance exclusively refers to the succession of property of a deceased person to the heirs.


The Muslim personal laws of succession have four major sources of Islamic law namely Holy Quran, Sunna, Ijma & the Qiyas. However, inheritance is now considered to be an integral part of Sharia law. Under Muslim law, Sharers and Residuaries are two types of heirs. Sharers are entitled to a certain share of deceased’s property whereas the Residuaries are entitled to the share in a property which is left after passing the deceased’s property to Sharers. Usually, the share that a female heir receives is one-half of that what male-heir receives in case of same degree of relation to the descendant.  Thus, in the case where a Muslim man dies leaving behind both son & daughter, the daughter then becomes residuary in order to ensure that the son receives double of what the daughter gets.


Further, every type of property that was under the ownership of the dead person shall become the subject matter of inheritance as Muslim law does not make any classification between types of property i.e. moveable or immoveable. Also, the concept of joint or ancestral property is not present in Muslim law and every kind of property can be inherited by his successors, i.e. property that he received from his ancestors plus any property that was acquired during the lifetime.


The process of distribution of property is two-fold: Firstly, after the payment of funeral expenses and debts, it is identified who are heirs and entitled to inherit and Secondly to determine what amount of property each heir is entitled to receive.


However, it must be noted that as Muslim personal law only governs the Muslims, where a Muslim marries under the provisions of Special Marriage Act, he shall cease to be a Muslim for inheritance of property. And after the death of such a man, his property will be inherited as per the provisions of Indian Succession Act, 1925.


Also, the right of inheritance to heirs arises only when a person dies and a child does not get right to inherit property as his birthright.


Further, if a deceased Muslim man does not have a legal heir, all his properties, through the process of escheat are inherited by the Government.


-         As per Shariah principles adopted or illegitimate children do not get rights of inheritance. Only children with legitimate blood relation can inherit property from death of Muslim persons.


-         A full-brother usually excludes a consanguine brother from inheritance.


-         An unborn child i.e. where a deceased man leaves behind a pregnant woman, the child’s share in the property is reserved.


-         Also, for the rights of inheritance, the woman who is undergoing the ‘iddat’ period is considered a wife of that man and she is entitled to inherit.


-         A person who commits murder in order to get benefits from the property of deceased, shall not be entitled to claim such benefit from the estate of the deceased.


-         In case of a death of a husband, the widow is entitled to receive one-eighth share in property when there are children born out of wedlock but the woman is entitled to receive one-fourth share if there are no children born out of wedlock. Further, in case of multiple wives, the share of widow may fall to one-sixteenth.


The property of the deceased is distributed in the following ways:


A. One half of the property will be given to:

B. One-fourth of the property will be given to:

C. One eight of the property will be given to:

D. Two-third of the property will be given to:

E. One-third of the property will be given to:

F. One-sixth of the property will be given to: 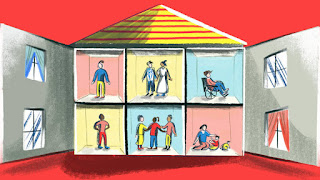 It is to be noted that in cases of testamentary succession i.e. where a person dies leaving a will, the inheritance takes place as per relevant Muslim laws applicable to Shias and Sunnis. Whereas, in case of non-testamentary succession i.e. where a person dies without making a will, the inheritance is governed as per the relevant provisions of Muslim Personal Law (Shariat) Application Act, 1937.


In matters of testamentary succession, there lies an exception i.e. where the subject matter is an immovable property and situation in states of West Bengal, Chennai or Bombay, the Indian Succession Act, 1925 is followed.


Further, earlier this year in January 2019 the Supreme Court has ruled out that where a Hindu woman has married a Muslim man, she is not entitled to inherit from husband’s property, however where a child is born out of such wedlock, he/she shall be entitled to inheritance rights as such children are legitimate children.


The matter talked about here is a brief of the concepts, and should not be substituted for proper legal advice. If such a matter comes up, consult a professional for advice and practice to be followed.


The author is a third-year student from Institute of Law, Nirma University. She has varied interests including Constitution Law and Competition Law. She also showcases interest in writing research articles on contemporary matters in various areas of law and loves to write!She affirms to the strong belief that everyone should have a balanced life and thus can always be seen enthusiastically participating in extracurricular activities. A firm believer in hard work and effort, she doesn’t settle down unless she knows she has addressed the job to a hundred percent of her capabilities.