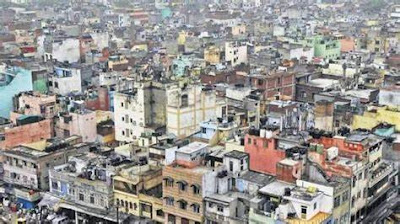 Introduction: Efforts are being made to legalize unauthorized colonies

Promulgating the respective rights of the residents is preserving the very spirit of Indian preamble which imparts ‘dignity’ & ‘equality’ with no differentiation in distinction on the inhumane classifications. Legalizing ensures a stamp-ownership which is a major step w.r.t legalizing the settlement & therefore, safeguarding their equality as a duty being bestowed in the state as in a ‘welfare state’.


National Capital Territory of Delhi (Recognition of Public Rights of Residents in Unauthorised Colonies) Bill, 2019 was passed subsequently in both the houses of parliament resulting 1,728 colony to be eligible for regulations besides 69 colonies as manifested in the act w.r.t legal recognition of property documents resulting the property holders of these colonies can now be legally eligible to invest in furtherance of safe structure, thereby improving the living conditions of millions in these unauthorized colonies substantially.


These off-records colonies have been well settled on the private & public lands in the national capital where their respective claimed properties whether in the form of plot of land being captivated by resort to aggression or built-up space, which are generally held – owned through the General Power of Attorney, Will Settlements, Agreement to Sale, Payment & Possession documents. During 1962, Records held that Delhi construed only 110 unauthorized colonies. Well occupied & built-in contravening the zoning regulations, with population being of some two-lakh people lived which witnessed a rise in statistical exhibitions as of now 1797 unauthorized colonies are being a home of forty-fifty lacs population.


Migration from rural-areas to urban-areas has witnessed a high-degree rise w.r.t seek better standard of living with the search of employment but agencies have failed to meet the growing law-cost housing demands in the capital (or other urban areas).


Land acquisition hurdles & encroachment approach via governments state (& center) made matter worse as the stats devises that the number of illegal settlements climbed to 1,300 by 2017 as the execution of legal actions were being enacted like demolition drives by the successive governments over years due to electoral compulsions.


As of now, 30% of registered Delhi population find themselves in 1,797 unauthorized colonies – many being deprived of necessities of life which shall be a duty of a welfare state which includes waste management, proper roads, parks, water supply & sewerage lines.


The government set-up a monitoring committee which expounded that regulating these unauthorized colonies comprising dimensions w.r.t disorganized apartments & irregular housing which would lead to development challenges for these colonies as numerous colonies & housing are being deprived of running water supply & a sound sewage system is still a myth for millions.


A resident of these abovesaid colonies have been looked as an encroacher curtailing their dignity & demurring their dignified life in a democratic society in furtherance, conditions in the unauthorized society could hardly be more austere as there have been reports stating non-existence of space for act w.e.t underlaying addition sewer lines.


After the bill is passed subsequently via both the houses of parliament & attaining the assent of president in furtherance of enactment, DDA will ensue the regularisation policy in an accordance with rules & obligation being elucidated in the abovesaid bill.


Following the Digital India program to serve masses in a short period DDA is obligated to create a web portal for residents for further procedures of registration.


A resident has been conferred a duty concerning the first conduct a self-assessment & calculate the registration levy following tax exemption regulation being articulated via CBDT (Central Board of Direct Taxation) wherein the amount shall be paid online & a challan will be generated.


In furtherance with the execution of challan DDA’s field officer will visit & verify the plot size with the carpet area.


Besides, if an extra cost is being infused it shall be paid online.


After execution of report & charges, a conveyance deed will be generated, which shall be submitted to the registrar’s office to register the property.


For elucidating a convenient element, resident of illustrated unauthorized colonies do possess the option of paying the fees in three instalments.


Precedents being undermined devises that not more than 30 colonies can be inoculated with sewage each other which in arithmetic makes a 50 yrs for Delhi Jal Board for completion of underlying the structural process of development for sewage system for an aggregate of 1,797 colonizes as earmarked to be regularised.


An incertitude with the objective of the abovesaid act devises that the move would encourage illegal encroachment which could lead to illegal establishment & settlement of thousands which could be further incremented to millions citing as per the precedents being expounded in last seven – decades w.r.t illegal immigrants across the borders or state.


Legalizing hundred of an unauthorized colony ensures that the incumbent of those civilians not only possess the legal right w.r.t their respective houses but also pursue a wider ambit ensuring a dignified life in a society as enshrined in the preamble of India.


Housing is a severe issue in the national capital & with an unauthorized colony functional without ventilation or sewage questioning the inhumane settlements of humanitarian masses. Reports of surveys do find some illegitimate functioning of factories which are not in the compliance with the rules & regulations of factories act or non-compliance of minimum wages act by employing child perhaps promoting child labor as these colonies are off-records with no settlement or occupancies w.r.t small scale industries or housing.


Legalizing unauthorized colonies assures in furtherance the exhibiting legitimacy of papers which shall be expounded on-record which shall make the possessor entitle for all legal rights which shall include transfer rights & loan mortgage ensuring an articulation of legal to the masses being deprived for the decades.


This move is well speculated as political triggered move as the manifesto of the government have included this since years but the problem was not solved due to various repugnancy or conflict of minds as before this Delhi government did acted in furtherance with a temporary solution via temporary/provisional allotments paper but a concrete solution was the need of the hour & with Delhi assembly polls knocking at the door this action of government is elucidated as ‘politically driven’ but the conclusion is whosoever gets a credit somehow incumbent of those colonies got their legalized houses perhaps explicating a life ahead as a dignified citizen rather than being termed as an ‘encroacher’ for days ahead.