CAA: Premature Denouncement or Wrangle Within the Society 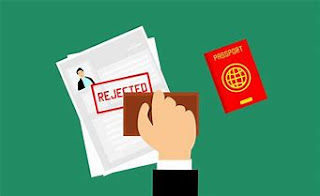 The Citizenship bill was passed in Lok Sabha amidst opposition outcry & cleared the Rajya Sabha test after a six-hour marathon debate.The bill avers to confer Indian citizenship to refugees from the Hindu, Christian, Sikh, Jews & Parsi communities fleeing religious persecution from Afghanistan, Pakistan & Bangladesh. The bill deliberates a deadline of 31st December 2014 w.r.t entitlement of Indian citizenship to the above said refugees & any penal proceeding pending against a person in accordance with illegal immigration or citizenship shall stand abated on conferment of citizenship to him. The immigrant in concurrence with above said litmus test of being a refugee shall have an aggregate period of residence or service of the government in India as required shall be read as not less than five years. The bill expediently complies with Accord of Assam via expounding an exemption to the tribal area of Assam, Meghalaya, Mizoram or Tripura and inner line demarcation as notified under the Bengal Eastern Frontier Regulation, 1873.


Introduction: Protests in many states over CAA


Numerous states have acknowledged their dissent with government during the debate in the parliament and some have registered a state of farrago with the act complying the implementation of NRC post-passage of the bill. North-Eastern state especially Assam have showcased a strong denouncement perhaps igniting the very step for CAA Protest. NRC was implemented in Assam in due accordance with the Assam Accord as the very objective of NRC was that to identify infiltrator who have entered in Assam after a requisite deadline of 24th march, 1971 wherein NRC came with 1.9m people being on a brink of statelessness this protest in Assam is mainly as  because CAA is against the spirit of NRC because CAA tends to impart citizens whereas NRC was to act strictly against refugees without a religious classification perhaps questioning the special provision of Assam as Assam as a whole have not been exempted from the CAA. Protestors also expounds that this act is a disgrace to the martyrs who lost their life during the protest seeking deporting of infiltrators.


Another sect of protestors from the north India have stated their disagreement questing the colourability of this legislation by excluding Muslim and not inserting the word ‘persecution’ in the act perhaps drawing a vague diagram of the act. People have stated that CAA – NRC will end up being anti-muslim as the CAA shall impart citizenship to non-Muslim infiltrated in India shall be termed as ‘refugees’ but the Muslim being into India shall be cited as ‘infiltrator’ and may end up in detention centre or running across the tribunals.


In early 2018, RBI had issued a notification allowing religious minorities from Afghanistan, Bangladesh, and Pakistan to open and maintain NRO (Non-resident Ordinary) account in India. NRO account can be deliberated as a savings account held in India with the banks being regulated under state-regulations with an objective to manage income earned in India via NRIs. As per the RBI’s notification issued under the Foreign Exchange Management (Deposit) (Amendment) Regulations, 2018, a citizen of Bangladesh or Pakistan, belonging to minority communities, who are residing in India under the long-term visa is allowed to open an NRO account. Then, in early 2019, The Ministry of External Affairs announced stating that minorities from Bangladesh, Pakistan, and Afghanistan would only have to pay ₹100 as a fine if they overstayed their visa for up to 90-days. By contrast. Muslims from these countries would be forced to pay $300 for an overstay of up to 90-days perhaps developing a sentiment for India as a homeland for the minority of south – Asian states but this devises a hemisphere of fear in a secular-state by declaring discrimination due to religious differences.


Naturalisation difference is a discrimination being pointed out by the protestors and civilian as a refugees from abovesaid communities shall be eligible for citizenship within competition of 5 years but antithetically a  Muslim shall have a naturalisation tenure for 14 years resulting this a discriminatory clause as equal shall be treated equally and privileging a community on religious classification is against the spirit of secular-state.


Arguments of govt. defending the bill


Article 11 of the Indian Constitution confers the right to the parliament to regulate the right of citizenship by law. Nothing in the foregoing provisions of Article 5-10 shall derogate from the power to make any provision with respect to the acquisition and termination of citizenship and all other matters relating to citizenship. As for article 14 which gives citizens as well as foreigners the “equality before law”, the supreme court in several judgements has held that equals to be treated equally and unequal should be treated unequally[1]. Hence, the government by giving rights to the non- Muslims rather than the Muslims from the Islamic states has not in any way infringed or violated art 14.


As a foreigner can become a citizen of India under the Citizenship Act, 1955, As there are five ways a foreigner can acquire the citizenship of India under the Citizenship Act, 1955 namely, by birth, descent, registration, naturalisation, and incorporation of territory. The CAA 2019 adds a country-specific exception to the naturalisation section. However, any Muslim can become an Indian citizen under the naturalisation section. Ministry of Home Affairs have expounded that more than 4000 Muslims from Pakistan, Afghanistan and Bangladesh have been give Indian citizenship in past 6-years[2]  Hence it only gives a platform to the persecuted non-Muslims who have been a subject of severe and heinous persecution due to religious disparities.


Matter in SC: Does SC consider protests while giving judgments?


The judgement shall define a reasonable classification & constitutionality of CAA as when NRC shall be implemented the deadline will be a part of question with an ever on an ambit of art. 11 of the parliament.


These protest do assure to be an integral part of world largest democracy & democracy revolves around dissension but this is a manifestation of democracy as for the people, by the people & from the people.


The topic discussed here is a brief of the subject matter and should not be substituted as proper legal advice. If a matter comes up under this topic then it is strictly advisable to consult a professional for advice and for the procedure and practice to be followed.
The work is solely the authors' view.