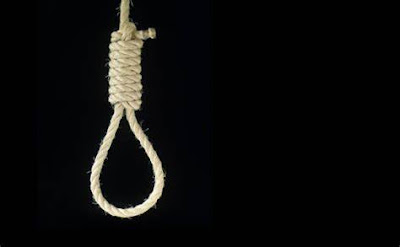 
Every other day we see in the news about murder, where one person does the act to the other. In simple words, murder can be understood as intentional and unlawful killing of a human being by another. Murder is a heinous offence that is punishable under the Indian Penal Code (IPC). It requires definite Mens Rea. It is defined under Section 300 of the IPC. Section 300 elucidates the situations when culpable homicide amounts to murder.


According to Section 300, culpable homicide is murder if-


1.      The act that causes death is committed with the intention of causing death.


For example-A, with the intention to kill B, shoots on the right side of B’s chest thrice. B dies in consequence. A has committed murder.


2.      The act is done intentionally to cause such physical injury as the offender knows to be likely to cause death of the person to whom the harm is caused.


For example- A knows that B is suffering from a disease due to which a single punch is likely to cause his death. A punches B with the intentionof causing bodily injury. B dies in consequence. Here, A is guilty of murder even though the punch may not have been sufficient in ordinary course of nature to cause death of a healthy person.


3.      The act is done with the intention of causing physical injury to a person and the physical injury intended to be caused is sufficient in the ordinary course of nature to cause death.


For example-A intentionally stabs B on his chest with a sharp spade. As such a wound is sufficient in ordinary course of nature to cause death of a person, A is guilty of murder though he may not have intended to cause B’s death.


4.      The person who commits the act knows that it is so imminently dangerous that they must, in all likelihood, cause death or such a physical injury that is likely to cause death, and commits the act without any excuse to incur the risk of death or injury as mentioned above.


For example- A without any excuse opens fire into a crowd of civilians and kills one of them. Here, A is guilty of murder even though he may not have a premeditated design to kill a particular person.


Exceptions to Section 300 of the IPC


However, Section 300 also elucidates the circumstances under which culpable homicide does not amount to murder. These exceptions are-


When the person in good faith when exercising his right of private defense exceeds the power given to him and thereby causes the death of the person against whom he exercises his right. Then he will be liable for culpable homicide not amounting to murder.


Culpable homicide is not murder if the perpetrator, being a public servant or assisting a public servant working for the benefit of public justice, exceeds the powers imposed upon him by statute and causes death by an act that he considers to be lawful and appropriate in good faith for the proper execution of his duties as a public servant and without ill-will to the person whose death is caused.


Culpable homicide is not murder if committed without premeditation in a sudden fight in the heat of passion after a sudden quarrel and without the offender taking undue advantage or acting in a cruel or unusual way.


Culpable homicide is not murder if the person whose death is caused, who is over eighteen years of age, suffers death or, with his own consent, takes the risk of death.


Section 302 provides punishment for murder. According to Section 302, anyone who commits murder shall be punished with death or life imprisonment and be liable to fines as well. However, as held in Bachan Singh v. State of Punjab, death penalty is awarded in the rarest of the rare case only.


The article assesses and elucidates various aspects of Murder under IPC. At the outset, it examines Section 300, which defines Murder. Next, it explores the exceptions to Section 300. Finally, it delves into punishment for Murder as defined in Section 302. It is important to understand the distinction and matters between murder and culpable homicide. The legal provisions awareness is also required in society, and thus a proper dissemination of the same is also advised.


The topic discussed here is a brief of the subject matter and should not be substituted as proper legal advice. If a matter comes up under this topic then it is strictly advisable to consult a professional for advice and for the procedure and practice to be followed.