What are Negotiable Instruments? 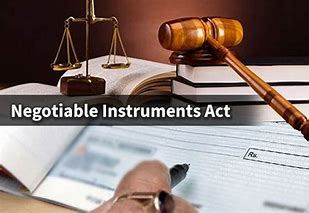 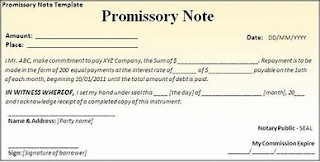 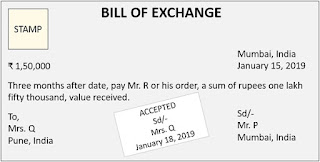 A bill of exchange is a written instrument containing an order to a person (debtor) to pay a certain specified amount of money to another person (creditor). Some bills of exchange are due to be paid on demand while some are to be paid on a future date. The person who draws owes the money is the payer while the one who receives such payment is payee. When a bill of exchange is issued by a financial institution it is called bank draft, and when it is issues by an individual it is called as trade draft.
In certain transactions, a third party i.e. financial institutions like bank acts as a guarantee for payment and is a party to such bill of exchange. This helps in reduction of risks.
Cheque 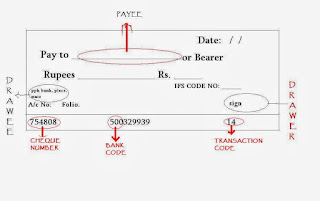 A cheque is a type of bill of exchange. It is a written instrument payable only on demand. It is an express order addressing the banker which requires him to pay the specified amount mentioned in the instrument to the holder and is signed by the issuer. There are two parties involved in this transaction i.e. the drawer, who makes the bill of exchange and the drawee, to whom the money is to be paid.
There are different types of cheques namely crossed cheques, open cheque, bearer cheque, marked cheque, travellers’ cheque etc… However, if the person who has drawn the cheque does not have sufficient funds and the cheque is returned, he can be prosecuted under Negotiable Instruments Act.
Differentiation
While a promissory note is an unconditional promise to pay some amount of money, a bill of exchange is an unconditional order to pay an amount of money.
While a cheque is drawn on a banker, the bill of exchange may be drawn on any person including a banker. Also the amount mentioned in cheque is always payable on demand; however the amount mentioned in a bill of exchange is paid on demand or on a specified date.
However, it is to be noted that forgery is nullity in law and in case of forged instruments, no title is transferred and such instruments do not have an existence in eyes of law.

Disclaimer:
The topic discussed here is a brief of the subject matter and should not be substituted as proper legal advice. If a matter comes up under this topic then it is strictly advisable to consult a professional for advice and for the procedure and practice to be followed.
Author Brief:
The author is a third-year student from Institute of Law, Nirma University. She has varied interests including Constitution Law and Competition Law. She also showcases interest in writing research articles on contemporary matters in various areas of law and loves to write! She affirms to the strong belief that everyone should have a balanced life and thus can always be seen enthusiastically participating in extracurricular activities. A firm believer in hard work and effort, she doesn’t settle down unless she knows she has addressed the job to a hundred percent of her capabilities.