LAW: A LIVING BEING 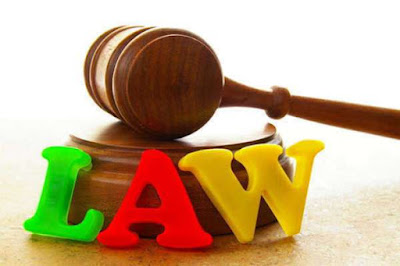 Law is something that governs the social morality of a given society. In every society there would be some norms and set of rules which in modern days are called as “Laws”. There is a very deep relation between law and social change, as laws change with ever changing needs of the society. Thus, law is something which is evolving with time. There are various definitions of laws in modern jurisprudence.


John Austin’s law definition states “Law is the aggregate set of rules set by a man as politically superior, or sovereign to men, as political subjects.” Thus, this definition defines law as a set of rules to be followed by everyone, regardless of their stature.


The functionalists say that every action in society serves a function, likely law also serves a function in the society. Laws can vary in every society but the function remains the same that is to up bring the inner conscience of each individual. If we take Terrorism for example, we can easily prove this that law has to change the society in the course of its operation.Law is an important mechanism for regulating society. It also brings about amazing social change. India is a country of contradictions. Lavish buildings exist alongside slums and even the most advanced cities in our country have problems such as rising crime rates and poverty. In such a situation, law can definitely be an instrument of social change. But terrorism related laws have created a feeling of protection among the citizens


Since, terrorism is seen as the key threat not only to national securities of the countries, but also to global security and peace, acts of terrorism are allocated the highest priority by inspecting and countering bodies. It is that moment where we see communicative changes in attitudes. To improved theorizing this, Turk (2004) discusses about Paul Hill incident. He was executed in Florida, the USA in 2003 for a murder that was politically motivated, which could have easily been defined as a terrorist act. Numerically, terrorism is one of the most defined concepts of recorded human history. Schmid (1983) himself collected 109 different definitions for terrorism and published them in his book.


There was the absence of any set of words that can clearly define terrorism. Some governments label as terrorism all violent acts committed by their political opponents, while anti-government extremists frequently claim to be the victims of government terror. The problem with defining this term has already become or on the verge of becoming a moral dilemma. And it is natural that everyone has a different set of ethics, and they see terrorism in a dissimilar way based on these views.


Black (2004) tries to give his idea about terrorism in pure sociological rapports. He explains human behavior with social geometry, ignoring the human mind. He claims that “violence is the use of force, and most violence is social control” (pg. 15). All violence has different forms of structure, such as beating, dueling, lynching, feuding, and even terrorism. When giving a definition for terrorism, Black says “pure terrorism is self-help by organized civilians who covertly inflict mass violence on other civilians” (pg. 16). Interestingly, to him, since terrorism is simply a form of social control, it is in the same family as law, gossip, ostracism, ridicule, and any other process that responds to deviant behavior. However, to reveal the differences between a regular crime and terrorism he reaffirms that terrorism takes more planning than a simple murder of a specific individual by a specific group. Black (2004) also believes that terrorism is a major moral issue that takes much planning and time to hurt its audience. It again demonstrates that there is a sense of social control. And as to the probabilities of terrorism, in his article it is stated that it arises when there is a high degree of cultural distance, relational distance, inequality, and functional independence, in other words social polarization between the aggrieved and their enemy. As could be seen from the definitions above, individually defining terrorism is already an achieved task, while on the other hand having an accepted and agreed upon single definition has already become an enormous venture and a goal for many scholars.


As the initiator of functionalism, Durkheim (1933) believes that society is made of consistent systems. Functionalism also assumes normality and sees equilibrium as one of the major tenants of social life. Functionalism sees any deviations from those assumptions as “shocks”, and strongly believes that, just like living organisms, society recovers from shocks and can evolve itself accordingly. September 11, 2001 terror incidents could provide an illustrative example here. According to functionalists, it was a social shock and society adapted itself afterwards by changing its structure. Therefore, functionalism perceives crime - could easily be stretched to terrorism as well - as an abbreviation and a temporary deviation from the assumed normal stage and also functional to the society (Durkheim, 1933 and 1938). We can also conclude from that statement that functionalism perceives terrorism not only as a temporary stage and unconventionality from the mainstream, but also as having some latent meanings. This view could be considered a useful tool by practitioners due to its empirical investigation for social world.


The founders of functionalist view point did not provide us with specific statements about terrorism. However, in studies of crime, it is fairly easier to find clarifications about crime, eccentricity, and other social snags. Liska and Warner (1991: 1443) pay special attention to those views since they also have the latent to explain the role and place of terrorism in functionalist perspective. Every system and things in the society have at least one vital or necessary purpose and function. Terrorism would be seen as functional since aligning against it creates a sense of belongingness to a group and enhance in-group solidarity and cohesiveness. According to Durkheim (1938) group solidarity and cohesiveness are imperative in providing the individual with required support to prevent anomie. Anomie is the stage where individuals do not need to refer or obey any norms in order to survive or maintain a social life (Giddens, 1972).


Individuals learn how to commit crimes or become a terrorist through the collaboration with other terrorists or criminals. This theory has a tendency to label criminals and terrorists as members of deviant subgroup or as counterculture which encourages its members to commit just the type of acts that that particular group ratifies. Symbolic interactionist tradition also believes that involvement in group activities is equally important in learning process. Individuals, after involving with group activities, internalize the realities put forward by the group that they are trying to be a part of. This is more evident in terrorist groups. For instance, Turkish Hizbullah, after the recruitment process has its new recruits undergo a very demanding resocialization process. The major intent of this resocialization is to have newcomers internalize the group’s version of realities. And as the best way to achieve that in a cost-efficient way (time and money), Turkish Hizbullah have them involve in terrorist acts. The group sees deeds as the strongest socialization agent of all. The main purpose is to become the only reference group for its members (Bagasi, 2004).


Although it is not a new occurrence, terrorism has already become one of the most complex and hard-to-define phenomena of modern history. One of the major reasons to that comes from its very political nature. That would not be unfair to claim that there are no other crimes that involve similar levels of political reasoning or input in it. The involvement of political agendas is a crucial aspect of terrorism. Whether it is religiously, socially, psychologically motivated, or conducted as a resistance to an invading party, it is very likely to come down to politics. Here the scope of modern laws comes into picture for a social change. Law is something which has be certain so law helps in creating a clarity. Here, if law defines the word terrorism it would be clear that what amounts to terrorism and it will help the state to counter it. So, we can say that law plays a pivot role changing the society.India is also suffering from the terrorism we have many laws to counter terrorism of any kind be it internal or external. The major domestic response to terror has been an emphasis on streamlined coordination between agencies across state and federal lines, and the creation of a new National Investigation Agency (NIA). The aim of the NIA is to empower a federal agency to investigate major crimes such as terrorism and organized crime without having to be asked to do so by the states. There will be special courts that can rapidly hear terror-related cases. The NIA will be filled out by new staff drawn from existing intelligence and law enforcement agencies throughout India. An infusion of funding and personnel into the overall security apparatus has also been promised, and the NSG has been deployed throughout the country to offer a quicker response to future attacks. These steps represent a useful beginning. These efforts on their own, however, will lead to little substantive results unless they have three major characteristics.


Schmid, A. (1983). Political terrorism: A research guide to the concepts, theories, databases and literature. Amsterdam, the Nederlands: SWIDOC.