SQUEALING IS UNHEARD: UNLESS PROSECUTRIX

EVIDENCE IS OF ‘STERLING QUALITY’ 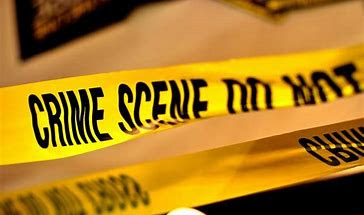 
It was said that no person is safe from attacks to his person or property in an uncivilized society. A tooth for a tooth, an eye for an eye, a life for a life was the rule of law. In India the criminal jurisprudence came from the time of Manu. Manu recognized rape as a crime. Kautilya considered it as a heinous crime. The ideology existed that the King should protect his subjects and in return the subjects owed allegiance towards him and also pay revenue. Then the Britishers invaded India and they adopted the law based on the pattern of British laws.


The present mechanism is that the legislature introduces a law, the judiciary interprets the law and the executives inspect the proper enforcement of law. Rape is one of the most heinous crimes mentioned under section 375 of the Indian Penal Code, 1860. The description provided in the act includes:


·        If the consent is obtained by putting her or any person in whom she is interested in fear of death or of hurt.


·        The consent obtained when she is unable to understand the nature and consequences of that to which she gives consent.


The Tangled Threads of Law

The beauty of law is its dynamic and ever-evolving nature. In 2013 the 114-A section in Indian Evidence Act was inserted. This section shows the legislative intent as the presumptions in favour of the prosecutrix. The excellencies have remarked that the voluntary consent is necessary and a mere act of helpless resignation crowded by fear cannot be deemed to be consent for the purpose of sec. 375.[4]The presumption under this section is available in cases where the prosecutrix has categorically said that sexual intercourse was committed without her consent.[5] In a rape case the evidence of prosecutrix is enough and no corroboration is necessary.[6] The absence of injuries on the person of the accused or prosecutrix, the victim of rape is not per se sufficient to include her consent.[7]


Recently my Lords, in Santosh Prasad @ Santosh Kumar v/s Bihar acquitted the accused convicted by the High Court and the trial Court of all the charges. It was observed that the sole testimony of the prosecutrix should be of sterling quality. After facing sickening incident by the brother in law my Lords demanded the sterling quality of testimony.


A house in a village where in the middle of the night when she woke up and in the light of the mobile torch she found her brother in law. On inquiring to her brother in law she was raped.He ran away, but the subsequent conduct of the accused was overseen. The woman raised an alarm and explained the story to the three women.


The very next day she filed an F.I.R. The charge-sheet was filed under section 376(1) and 450 of IPC. Out of the eight witnesses, PW2, PW3 and PW4 did not support the case of the prosecution and therefore were declared hostile. The prosecution also brought on record the FIR, Injury Report and FSL Report.


Medical Officer denied any act of rape but has stated that the possibility of rape cannot be ruled out. The influencing facts that the FSL report is inconclusive, the witnesses are hostile, the medical officer denied occurrence of any rape added to the acquittal.The Apex Court remarked that the rape causes the distress to the victim and similarly a false allegation causes equal distress and humiliation to the accused as well.[8]


The Court allowed the appeal because the medical report does not support the case of prosecution. FSL report also does not support the case of the prosecution. Also, the manner in which the occurrence is stated to have occurred is not believable. The Court found that the solitary version of the prosecutrix can not be taken as a gospel truth at face value and in the absence of any other supporting evidence, there is no scope to sustain the conviction and sentence imposed on the appellant and accused is to be given the benefit of doubt.


The Message to the Society


The Court in the case of Santosh Prasad @ Santosh Kumar v/s Bihar held that accused cannot be convicted on the sole testimony of the victim unless her testimony is of sterling quality. The meaning of sterling quality was laid down by the Apex Court in RaiSandeep alias Deepu v State (NCT of Delhi).[9] The sterling witness should behold essential that its witness is unassailable. The status of witness is not material the importance is given to the consistency in the statement.


The witness should be able to withstand the cross examination of any length howsoever strenuous. Such a version should have co-relation with each and every one of other supporting material such as the recoveries made, the weapons used, and the manner of offence committed the scientific evidence and the expert opinion. It can be said as the test of the circumstantial evidence where there should not be any missing link in the chain of circumstances. The version of the said witness should be intact and other attendant materials, namely, oral, documentary and material objects should match the said version.


Also, in Krishna Kumar Malik v. State of Haryana[10] it was observed and held by the Court that the solitary evidence of the prosecutrix is sufficient to hold the accused guilty of an offence of rape provided that appears to be absolutely trustworthy, unblemished and should be of sterling quality.


It is indeed not disputed that the guilt of the accused must be proved beyond reasonable doubt but does that overcomes the burden that in absence of any proof apart from the prosecutrix witness the accused is discharged of all the offences. My Lords from very long time are expecting a women suffering from social trauma to depose without any mistake. The numb mind is deemed to answer like a common witness and when she fails to be a normal witness when she is going through the litigation of being raped;her squealing is unheard due to lack of evidence.


There may be the cases where there may be contradictory evidence, and thenit will be in favour of the accused to discharge the onus of the presumptions but the demand by the Courts that the statement of the prosecutrix shall be of sterling quality is usurping. This expectance somewhere overcomes the legislative intent of the presumptionsmentioned in the Indian Evidence Act. The women facing such stigma and humiliation in the society are expected to depose exactly of the act that happened like a normal witness.


The law in any form is to be based upon equity. All the allegations in crime of rape shall be dealt harshly. The presence of evidence and witnesses shall be appreciated and rejected as per the understanding, but the statement of the numb, hesitated and disturbed mind should not be compared and expected to be of “sterling quality”. It can be firmly analysed that the Hon’ble Supreme Court in its judgement has not strictly used the “sterling quality” test.


The Courts are to be cautious before finding the accused guilty but should not disregard the legislative intent of the presumptions envisaged in the Indian Evidence Act. Also, the Courts should not expect that prosecutrix witness to be of the sterling quality like a normal witness. The rapes are not the open market crimes, so the victimised brain should be dealt as the mind in pain and fear. Therefore, the evidence of the rape victim should be treated with leniency. All other evidences should be analysed and scrutinised and seen in the light of the evidence of the victim and not vice-versa to reject the evidence of the victim. The Courts are always cautious with respect to the cases and the interpretation of the precedents should be wisely understood and laid down.