Surrogacy law in India: with reference to the proposed bill 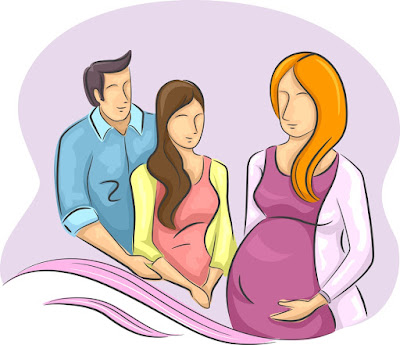 
Surrogacy in India is one of the most debated topics in India. Surrogacy can be explained as a practice in which a women give birth to a child for another couple with the intention to hand over the child after the birth to the intending couple.  There has been no any law or legal framework to deal with it. In vacuum of law, it led to the exploitation of poor women and commercialised the business of surrogacy.
Legalisation of surrogacy, restrictions imposed on surrogacy and its conflict with other laws as such as Adoption in India. Judiciary, Law Commission of India, Government, NGOs, Pressure Groups everyone has different viewpoints on the restriction and control over the surrogacy procedure in India however a need of legal framework is assented by all.

Current status of surrogacy in India

The word surrogacy means and stands for Substitute. Mother’s womb is substituted and another women go through the period of pregnancy. The women who go through pregnancy in place of mother is known as surrogate mother. India is considered as a good market for surrogacy and many foreigners applies for surrogacy in India. The reason is cheap and low cost availability of surrogate wombs and of course the poverty that leads the women to this exploitation world.
So far as India is concerned there has been no any legal framework to regulate surrogacy. This issue although demanded since long time, was firstly discussed widespread by Supreme Court in year 2008 in case of Baby Manji Yamada vs. Union of India. The apex Court directed that the surrogacy must be regulated through law on it and it must protect the exploitation of women across the country.
India is a hub for couples across border, availability of womb, poverty, lack of legal framework were several causes which led to such illegality and exploitation of women. Many unregistered surrogacy clinics are operating without the authorisation of Government. Almost 75% of the surrogacy were done for foreigners. The process is easy and cheap, almost in 3,00,000 to 4,00,000 a surrogate mother is available in India.
The surrogacy has very ill-effect to the surrogate mother and her health. Cases has been reported of abandon of surrogate child in country in mass scale. It also impact the adoption of orphans and adversely their right of having a better life.

Concerns for legislation and proposed bill on surrogacy

In year 2005 the ICMR[1] has issued several guidelines for regulating the arrangement and procedure in Surrogacy. In 2009 Law Commission of India has advised in its 228th report regarding the need for legislation to regulate assisted reproductive technology clinics as well as rights and obligations of parties to surrogate. The law commission report urged for immediate need of enacting a law which could provide a legal framework to the surrogacy and protection to the women and children.

The report has suggested the following points regarding the law on the surrogacy.

·     The surrogacy must be done under agreement between the surrogate mother with the consent of the family. The agreement must be asserted by the commissioning parent and the surrogate mother.
·        The agreement must cover the life insurance and maintenance of the surrogate mother.
·   No commercialisation should be permitted in surrogacy. As the India has become commercial  surrogacy hub.
·        The act must take care of the privacy of the surrogate and child must get the status as normal child.
On demand from various pressure groups, Law Commission of India and Directions of Supreme Court of India. The surrogacy bill was introduced firstly in Lok Sabha in 2016, bill was referred to the standing committee which submitted its report in 2017. The bill lapsed after dissolution of Lok Sabha. In year 2019 bill was again presented by the union Health Minister Dr. Harsh Vardhan. The bill has been passed from lower house and pending in Rajya Sabha. The 2019 bill includes the suggestions from the standing committee.  The bill includes the Prohibition of commercial surrogacy, as the bill completely prohibits the commercial surrogacy and permits only surrogacy by close relative and provision for insurance and medical expenses.Surrogacy is permitted only in cases of when it is for intending couples who suffer from proven infertility and other grounds as not for commercial sale. The couple will only be eligible if he will attain the certificate of eligibility from authority.
Apart from these the couple must be Indian Citizen and must be married since 5 years. The wife must be in between 23 to 50 years and the husband must be within the age of 26 to 55 years. The couple must not have any biological child or adopted child. The surrogate mother must be the close relative of the intending couple. She must be married women having her own kids and she must be in between age of 25 to 35 years.
The proposed billalso limits that the women can only surrogate once in her lifetime. The bill strive to appoint the appropriate authority within 90 days of bill becoming an Act. The act seeks to constitute National and State boards for regulating the surrogacy and form regulation son its procedure.
Act provides for requirement of registration of clinics for surrogacy. The abortion must require written consent of the surrogate mother and authorisation of appropriate authority.

The commercial surrogacy has been legal in India since 2002. Now the exploitation has led to re think about the status of surrogacy and concerns has been raised in this regard. Even in Countries like UK and USA the surrogate are not allowed to get paid. The present bill deals with various concerns on the same topics. However in this bill there are certain lacking as it does not contains definition of the term Close Relatives and makes it vague.  The bill does not provide any provision as to the single parents and members of LGBTQ community. It also neglects the demands of compensation for surrogate mother. The encouragement of surrogacy will hamper the adoption of orphans. A balanced and expert view on legalisation of surrogacy is much needed and will lead to the solution.

Disclaimer
View Expressed are writers' work The topic discussed here is a brief of the subject matter and should not be substituted as proper legal advice. If a matter comes up under this topic then it is strictly advisable to consult a professional for advice and for the procedure and practice to be followed.