Introduction
India’s rich heritage and culture which is identifiedas one of the most sacrosanct and sacred among all other world civilizations and is undeniably inviolable has been preached as well as practiced by the Indian society ever since time immemorial and has evolved with the evolution of time, though this evolution of Indian culture which is inclusive of multiple religion, still carries with itself some stereotypes like patriarchal mindset.Again, and again it has been found that patriarchy is that stereotype which is a momentousroot cause behind the sexual offenses in India. Patriarchal culture is where women are controlled, her consent is ignored, her choices are rejectedand dominance over a woman is considered as the natural right of men, where the social attitude of the society is so infected and the young generationsgrown in such a patriarchal environment sexual offence are ultimate possibility.
In last decade India has accounteda rampant increase in rape cases andmomentous root cause apart from patriarchal ideology is rampant increase in the consumption of violent pornography. In the contemporary world, increased rape culture to certain extent is a cultivation of pornography. Because of the easy availability of high-speed internet there is drastic increase in the consumption of the pornography in the last decade. The researchershave found that the primary sex education of 1990 onwards children comes from pornography[1]and pornography which is  considered as a form of expression that often dehumanizes women and implicates violence against women which has a negative effect on the impermissible mind of the youth and henceforth opens up the possibility of the spurt violence against women. Criminal Law Amendment 2013 incorporated punitive penalization for the offence of rape with the intent to control the rampant increase of rape offences in Indiabut despite of combined judicial and legislative efforts highest number of the rape cases was registered in the succeeding 4 years across the country, according to the most recent data of government  32,500 cases of rape were reported in 2017[2], 38,947 cases of rape were reported in 2016[3], 34,651 cases of rape were reported in 2015[4] and 36,735 cases of the rape were reported in 2014[5] across the country, which in toto are 1,42,833, about 97 a day,cases of rape were reported inthe span of 4 years in India,just after 2013 Criminal Law Amendment. There are multiple and multidimensional reasons backed this failure to control increasing rape cases in India.Considering the staggering increase in the rape cases in India mainstream laws and societal policy’s need to be improvised and rationalized and specifically Victorian-vintage IPC and 21st century legislations need to be amended and modified thereof considering the apparent alarming situation.

What is PATRIARCHY: A subjugation of women?
Patriarchy is something which is not only deeply in rooted in the Indian culture but in almost every other foreign culturefrom ages.Since the Golden ages male dominance is very much prevalent in our society though with the evolution of time the idea of woman empowerment and equality between both sexes have been acknowledged and recognized to a great extent by the Indian society but because of lack of education and knowledge the stereotypes like patriarchyhas not been totally brushed away from the Indian society. Psychological mindset of the patriarchal society is infected with the notion that the woman are an inferior race and there is a very poor view regarding a woman, such a notion and patriarchal  environment gives an sanction and the perpetrator believed in the male entitlement, male superiority, male dominance and his specific role in the society as well as woman’s specific role in the society. Psychological aim and purpose for committing rape by the perpetrator is subject to fluctuation and some minor influencing reasons like social-economic reasons,perpetratorssubjected to asexual violence in their early ages, specific traits, ethical standards, household income, education etc. which also mark their presence in perpetrating rape.

How can VIOLENT PORNOGRAPHYbe a significant root cause for sexual crimes against womeni.e. Rape?
Pornography, which has been used in English since the middle of the 19th century, comes from the Greek word pornographos which literally means “writing about prostitutes”,[6] and prostitutes are women that are sex workers or sex slaves. Contemporary visual pornography also to a certain extent delineate to the root meaning of pornography. Violent Pornography indicatesviolence against women through its production in which the women is used as a sex object and often degraded. Pornography consumption which has increased in the last decade tend to promote the idea of men erotizing the domination, humiliation and abuse of women. Andrea Dwarkin an egalitarianist Author and activist in her book,Pornography: Men possessing women, argued that, pornography not only consist violence against women, it constitutes the main conduit for such violence, of which rape is at once the prime example and the central image.[7] Pornography is also a form of expression which often depicts women as a sex object over which men has possession, which negatively effects the impermissible minds of youth.The primary sex education of 1990 onwards children comes from pornography which often leads to sexual anxiety and frustration.[8] Therefore in a country like India where youth learn sexual attitudes from pornography and where 80 percent of the porn viewers are of 18-34 age group,[9] possibility of sexual crimes increases by multiple folds.According to a meta-analysis of 46 different studies, a regular user of pornography tends to have an increase of  31 present in believing ‘Rape myths’ and reduce empathy for the rape victims and  according to the same studies porn watcher would blame the rape victims for being assaulted.[10]Another Japanese studies shows, that it’s more likely those people who are habitual consumer of violent or rape pornography are most likely to have a belief system that women could enjoy being raped.[11] InR. v. Butlercase SUPREME COURT of CANADAobserved,“pornography could anchorage degrading views regarding women and could promote sexual violence” and subsequently court alsoobserved that degrading pornography was notprotected by the charter of right of freedom section 2 which is freedom of expression and subsequently degrading pornography was criminalized.[12]These evidenceshereinabove clearly indicates that consumption of pornography is associated with all kinds of attitudes and  behaviour’s, that can result in sexual violence against women.Pornography target audience are mainly youngsters, who get so adversely influenced by it that they tend to commit sexual offences against women,In India there are multiple cases where both the rapist and victim were juvenile and on record, they have confessed of committing rape after watching porn,in a resent Dehradun based case a girl was gangraped in school by her fellow students after they watched porn clip,while taking cognizance of the same matter UTTARAKHAND HIGH COURTobserved,“unlimited access to these pornographic sites is required to be blocked /curbed to avoid an adverse influence on they impermissible minds of the children.”[13]Subsequentlyfollowing the order of UTTARAKHAND HIGH COURT in October the government directed the internet service provider to block as many as 857 websites that host pornographic content.[14]But despiteof this stern action advanced by the government most of the websites can be easily accessed by using VPN and other proxies,and consequently thesepornographic sites which are blocked if accessed using VPN or any proxy is not criminalized henceforth it still nullifies the cause for which these sites were blocked.Current obscenity laws in India criminalize and penalizes transmitting and production of pornography and criminalizes watching as well as production of child pornography but neither Information Technology Act, 2000 and  Victorian-vintage Indian Penal Codepenalizes consumption of violent pornographythat degrade women’s integrity and which objectify women as an object for penetration and erection henceforth nullifies the consent value of a women and encourages to mutilate the chastity of a women. Section 67, 67A, 67B of Information Technology Act, 2000 and section 292, 293 and 294 Indian Penal Code deals with obscenity/pornography laws in India, which penalizes production and transmission of porn but neither Indian Penal Code or Information TechnologyAct penalizes accessing and watching of banned porn citesthat degrades the image of women and tends to corrupt impermissible minds of children and youth in India. 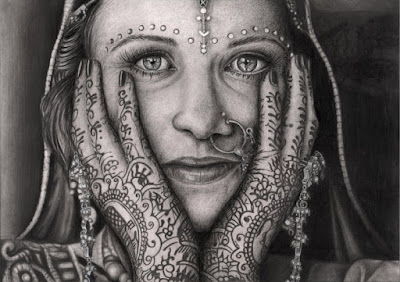 Protection of Women from Domestic Violence Act: Blemished by the heard? Author -Dibya Prakash Lahiri   Abstract: The Protection of Women from Domestic Violence Act, 2005 came in as a revolutionary move to bring about a change in the life of the Women who have been victimized and have laid down the guidelines along with the rules and regulations to prevent the further damage and solve the issue of an ancient anti social element which prevents the society from being the ideals. However, the Act in itself is not sufficient as to how it can help in creating a better situation for the plight of women. The paper looks into the various flaws which the act consists of as well as the ways with which the correction that can be made which shall help in improving the situation of women in the country and help them in finding justice. The paper also seeks to compare the act in accordance with the laws of the other nations and how the rate of crime against
Read more
March 18, 2020 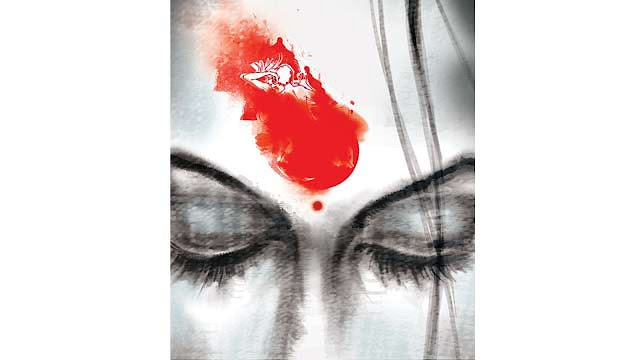 MARITAL RAPE Author- Aditi Mishra, ICFAI Law School, Hyderabad. Introduction The ideal sacrosanct; the mirage of Indian marriage vented by the Indian mainstream media is contrary to the realities faced by a woman. Marital rape has been the most prevalent form of the assassination of the dignity of a woman; it's latent in the veils of the holy reunion of souls, marriage. It's often argued against Marital Rape that the husband gains unquestionable rights and her wife is to duly submit to him; this right cannot be retracted as it was gained by mutual consensus. This apparently robs a woman off her sexual agency and bodily integrity. Hence, it goes against the core ideologies of women's rights. The judiciary must be enforced to accept rape within a marriage as a crime. Women must break free from societal shackles and not comply to the stereotype of being the weaker gender. It's high time that society’s view of "rape is that it only
Read more